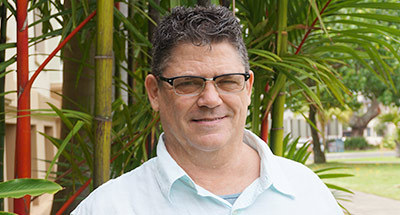 Throughout my career as an Atlantic historian and a scholar-teacher of new media and sound studies, I have always centered my work on social justice in terms of race and ethnicity as they intersect with class, gender, and sexualities. Paying attention to hearing and the senses uncovers different ways that race and ethnicity are created, maintained, and socially mediated. The digitally networked world forms new assemblages that recode race and ethnicity in novel ways even as they are touted as colorblind and neutral. At the same time, the expertise in sound and new media that I bring provides opportunities to challenge racism and discrimination in all its forms, old and new, countering them with inherent possibilities for a more just world for all our relations, human and nonhuman alike.

Early in my career, I wrote three award-winning articles using music to understand African American processes of social and cultural formation in the forge of cultural creolization. I broadened the focus on sound in my first book, How Early America Sounded. Following this has been a string of articles on topics ranging from how to read hypertext to the proposed field of ethnodigital sonics. I am finishing a book on the history of hearing from the Big Bang to the present. I continue to work with digital hypermedia, directing UH's Digital Arts and Humanities Initiative for its first six years and producing collaborative digital projects such as the Music and Performing Arts in Colonial America Database and the musical, hypermedia version of W.E.B. Du Bois's The Souls of Black Folk.

Coming to Hawaiʻi in 2002 set off a period of the most intense learning I have undertaken outside of graduate school as I began to understand the history of the overthrow and the formation of local culture through the plantation complex. I was taken with the development of labor activism in Hawaiʻi and immediately became involved with Local 5 as a community liaison, which I continue to do through participation in their Aikea initiative. Not all has been labor though. As an experimental musician, I have collaborated with the dance department, writing an application that creates sounds from dancers' movements so that they make the music that they dance to. I have taken the software into the community for showings as well as releasing albums and performing occasionally.