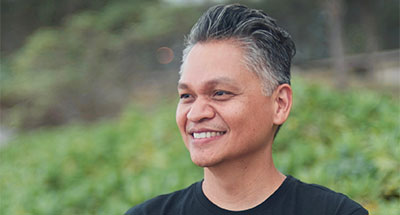 College of Social Sciences Award for Excellence in Teaching (2018)

I am a 1.5-generation Filipino American—born in the Philippines and immigrated to the United States during elementary school (I grew up in southeast San Diego). Before I joined the UHM Department of Ethnic Studies, I worked as the director of Gaining Early Awareness and Readiness for Undergraduate Programs (GEAR UP) for nearly a decade. GEAR UP is a federally funded program that is designed to significantly increase the number of students from low-income communities who are prepared to enter and succeed in post-secondary education.

My research and community work focuses on race, ethnicity, class, culture, language, migration, education, hip hop, and cultural production among Filipinos in Hawai‘i, the US, and the Philippines. My most recent book, "Building Filipino Hawai‘i," explores the processes of identity formation and the politics of representation among immigrant communities striving to resist marginalization in a globalized, transnational world. My next two book projects use Hip Hop (rap specifically) as a framework to interrogate Filipinx American cultural production and the ways identities, politics, and places intersect.

For the past several years, I've worked with local groups and promoters like ESSA, FOES, The Got Rice? Show, Workhouse, In4mation, Lightsleepers and About The Goods to organize local hip hop shows and events, including Shirt The Kids–Honolulu with PNOY Apparel/Kampeon and Pau Hana Sessions. On the Mānoa campus, I host “Inside the Ethnic Studies Studio” where my students and I conduct interviews, workshops, and forums with local, national, and international artists from a wide range of genres and styles. Since 1999, I have been the director of the UCLA Hawai‘i Travel Study program, a 5-week summer program co-sponsored by my department and the UCLA Department of Asian American Studies.